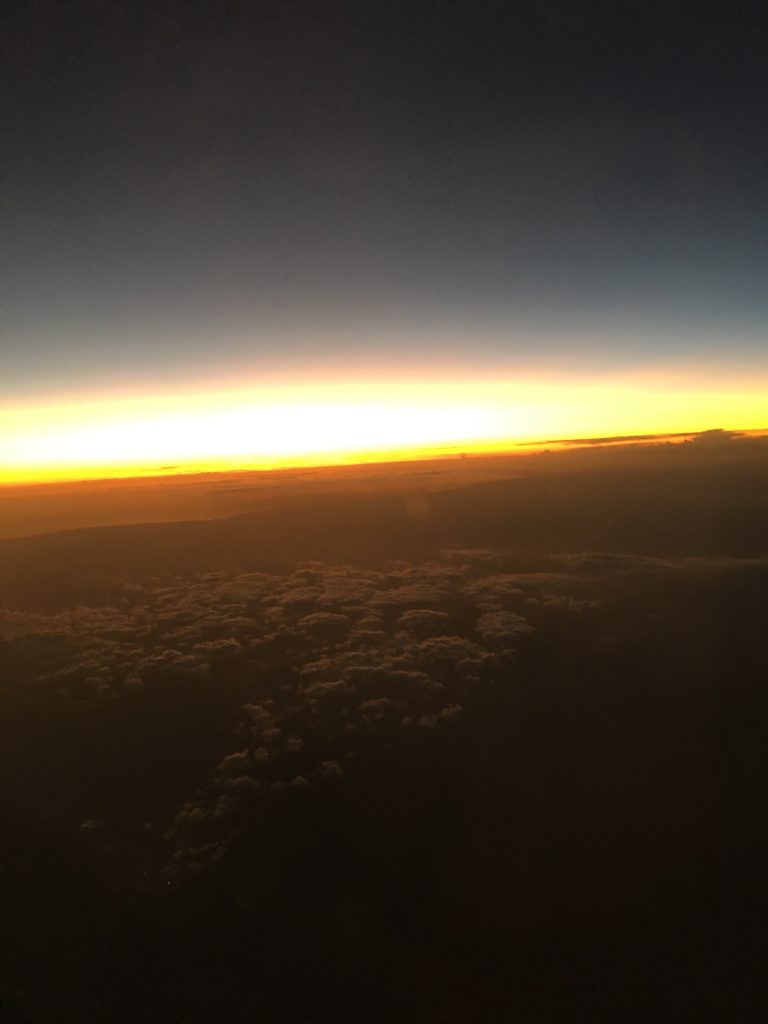 Flying (in an airplane) is one of the worst ways, thinking about environmental costs of multiple scales and times, to displace oneself. It’s also the one that always makes me feel like I’m 10 again, marveling at how an object that heavy gets up in the air and how much I would love to be outside the plane rather than inside it. (If I could fix those pesky oxygen and temperature requirements my body has.) I’m grown enough that I act cool and have enough other needs that I’ll take a middle seat near the front of the plane rather than a window seat in the back, but really? Really really? I just want to get a good window seat, see the world from up in the sky, and think about what it would be like to be gliding through it on my own.